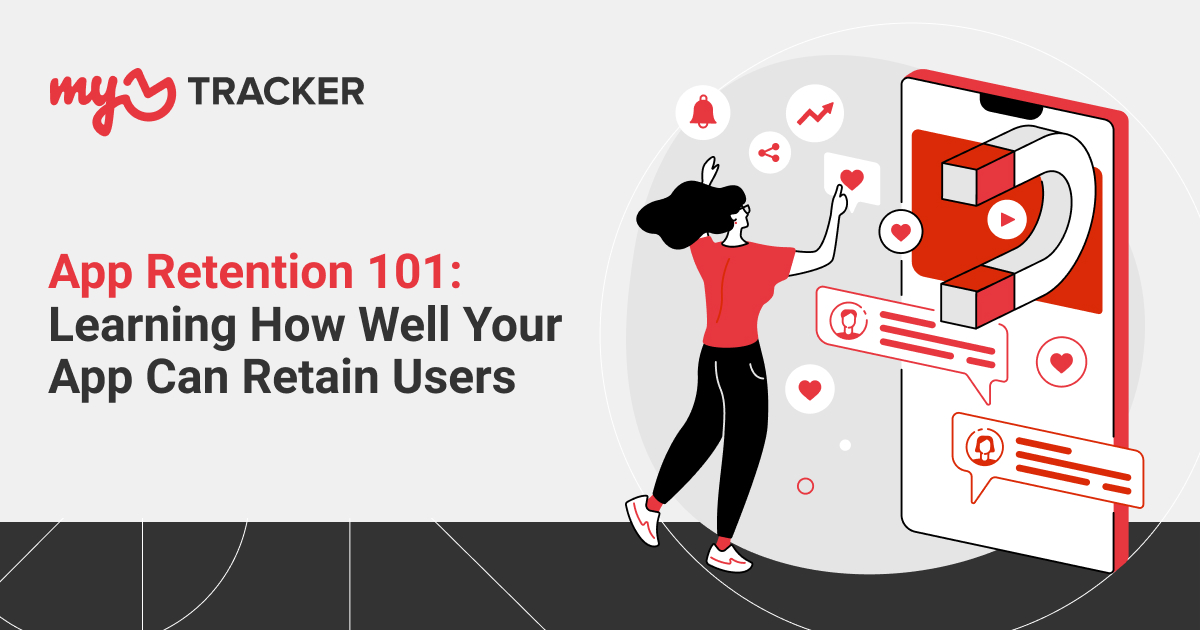 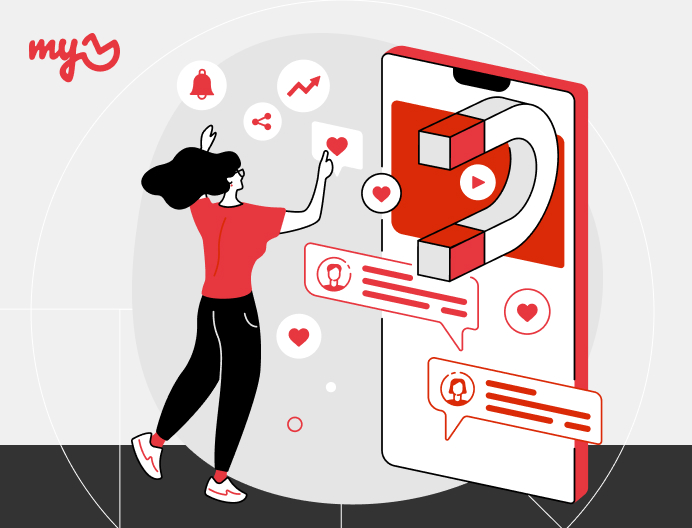 Retention 101: Learning How Well Your App Can Retain Users 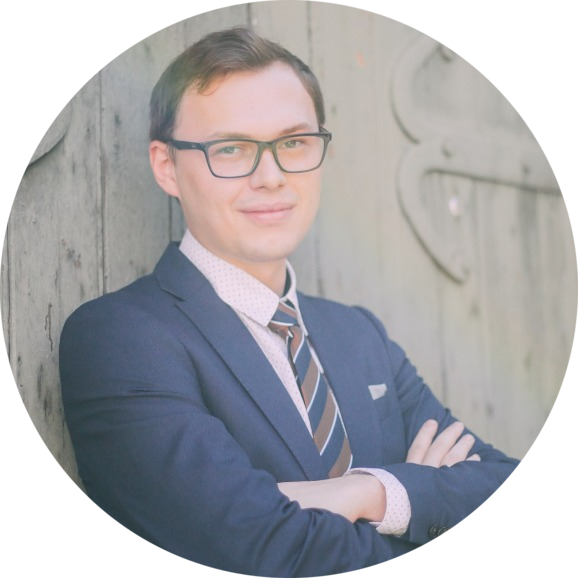 What Is the Retention Rate?

The retention rate is the percentage of customers "coming back" over a set time period following app install. As one of the key app marketing metrics, it shows whether your app is struggling to engage new users and helps predict the success of your project in the long run.

How to Calculate the Retention Rate

For example, you want to see how often users ditch your app within the first week. To do this, choose a 7-day retention rate and the start date. The system will see the number of users who visited your app on that day. Let’s assume that 200 people installed your app and 50 of them revisited it in a week. This means that your 7-day retention rate is 50/200, which amounts to 0.25 or 25% (not bad at all).

Why Knowing Your Retention Rate is Important

The retention rate is essential when it comes to measuring the effectiveness of your ads. Many advertisers focus on the number of installs and consider user acquisition the strongest indicator of success. However, this metric is of less importance when compared to a high retention rate, even more so during the early stages of the product’s life cycle. In the case of a free app, a one-off user does not represent much value. It is much more expedient to attract those who will still be on board a week and a month later.

The retention rate serves as a testimony to the quality of traffic sources and provides for a more accurate configuration of ad campaigns to attract new active users.

Knowing the retention rate can help detect fraud. While bots and click farms are good at imitating installs, they do not bother to maintain any fake activity following the install. If the retention rate of users from a certain traffic channel is several times lower than other sources, this should raise a red flag for you and give reason for doubt.

3. Detecting Errors and Bugs in a Product

The retention rate helps identify factors that impair customer experience. A clear indication of this is when users install and open your app only to drop it within a short time (1-day or 7-day retention). If the retention rates are too low, it means that users were interested in your app, but it did not keep them engaged. Users may have been disappointed by the interface or a bug that has frustrated them.

To get a better grasp of the issue, analyze the retention rates for different cohorts and conduct A/B testing. For instance, you can compare behavioral data of ordinary users and those who have skipped the tutorial or interacted with a previous version of the app. It goes without saying that changes in retention rate should be closely monitored every time you release a new version. A notable low user retention rate means that the new version contains bugs or errors.

The quick processing of bug reports and introduction of widely sought-after features will, as a rule, build customer loyalty and thus increase retention. Conversely, a product that is slow to respond to customer feedback will lose users who are annoyed by the wait for improvements.

If your 28-day retention rate leaves much to be desired (below 6%), there might be some issues in the product that are undermining the user experience. You can introduce in-app bug reports, analyze customer reviews in stores or ask users to share what they think on social media.

Perhaps your product has the wrong name, or the name means something else in a different language, or maybe the app has been misclassified? People are looking for a step tracker, and what they find is a tracking app for cycling or a habit tracker. This will lead to an abnormally low 1-day retention rate. If the metric is below 20%, your targeting is not working. You are acquiring the wrong users. A good 1-day retention rate is believed to be 26% or more.

To improve your 1-day retention rate, scrutinize the first session to understand whether users are engaged by the app or your product does not meet their expectations.

Based on our experience, many developers – especially aspiring ones – overestimate the retention capabilities of their app, aiming for 60% of active users and 40% of paying customers. Then, facing a retention rate of 10–20%, they get upset and start thinking that there is something wrong with their app.

We have conducted a small research to save you guessing whether your retention rate is within the established range. We analyzed data from several thousand apps that use myTracker and studied user behavior based on 556 million installs, thus finding the industry averages. These can provide guidance when you want to know whether you are doing better or worse than others.

The most drastic drop in the number of users occurs during the first week. Within a month, you will see your core audience take shape. Following this, the retention rate will decrease much slower (assuming nothing extraordinary happens).

The following rates can be observed across various app categories:

Rolling Retention: What It Is and Why It Matters

What is Rolling Retention?

Rolling retention is a metric that is used to evaluate how well your app works. It can be found in some trackers and is calculated based on the following formula:

For example, a 15% rolling retention on the 10th day means that a total of 15% of users have returned to the game during the 10-day period after the install.

Differences Between Retention and Rolling Retention

The rolling retention rate is always higher, as it not only includes users who visited the app on a specific day but also takes account of everyone who did it later. Over time, the rate gradually declines.

The rolling retention rate is more difficult for the system to calculate because the metric is updated and recalculated daily, with every user who opens the app after the first install influencing the value of the metric. Fortunately, this constant recalculation process is outsourced to the myTracker server.

The standard retention rate can be your main user retention metric for daily use apps, such as alarm clock, email, browser, weather, messenger, music player or casual games. Rolling retention could paint too rosy a picture here, but standard retention will quickly raise red flags if things go south.

At the same time, rolling retention is an extremely valuable metric to track the number of users who have only temporarily stopped using the app for some reason. It is particularly effective for non-daily-use products, such as special utility apps or games with a resource build-up feature.

Rolling retention can also help you calculate the churn rate more accurately. Since rolling retention counts logged-in users for the entire period, inverting this rate will show you how many users quit the app for good. You can see when the situation began to spiral to the exact date.

At the same time, rolling retention can also be employed as the key metric for infrequently used apps (trip planners, airline tickets, cleaner apps, taxi services, etc.), showing the share of users who continue using the app, even if they don't launch it that often. Standard retention would give too gloomy an outlook in this scenario.

To keep it simple, if you expect your app to be used daily, track the standard retention rate. But if it is not a daily use app, the rolling retention rate will give you more accurate data as to where things are going. Although you should definitely consider both metrics if you want to make an informed decision.

How to Interpret Your Retention Rate

When it comes to understanding how well your app retains users, it's trends rather than numbers that matter. Ask yourself:

To get a broader picture of marketing quality and an app's success, three types of standard retention rate are most commonly measured: 1-day, 7-day, and 28-day.

1-day retention. Percentage of users who launched the app the day after the installation.

If this metric is low, your app might be making a poor first impression and somehow deterring users. This may be caused by:

During the first session, you need to hook the user – they need to understand the app's functionalities and what they personally could gain from it. The initial impression is the most important one, as the first day always has the highest churn rate. You can significantly bolster your app audience by reducing the churn rate on day 1.

To check what exactly deters users on the very first day, you can set up a custom event for tutorial completion or for each tutorial stage if you want to see which stage makes the majority of users drop the app.

7-day retention. Percentage of users returning one week after the installation.

If this metric is significantly lower than the 1-day retention rate, and your churn rate is higher than the industry's average, you should get an understanding of why exactly people become dissatisfied with the app after a week of using it. More often than not, these are the reasons:

You may want to reconsider your approach to use cases. User reviews could also be helpful: what reasons do they give for leaving the app so soon?

28-day retention. Percentage of users using the app on the 28th day after the installation. If people return to your product a whole month after installing it, this means they got hooked. A significant reduction in this metric might indicate covert, but deep-rooted and strategic disadvantages of the project. Although the issue is often plain:

Remember, loyalty is king – loyal customers are a massive advantage for a business, allowing you to keep afloat and map out a long-term strategy. But even the most loyal customers will eventually leave. That is why it is important to attract new users and make efforts to increase the 1-day retention rate, as this is the stage that marks the highest customer loss for all of us.

How to Improve Retention

There are hundreds of ways to improve retention rates. First, you can try enabling push notifications or changing the UX for new users in the app. Give it a week to see how the indicator changes. If the new update drives your retention rate up or down sharply, you might want to take a closer look at the underlying causes.

Other popular ways to boost retention are:

You can also handle retention improvement the other way round. This would be first analyzing the behavior of your loyal users (where they came from, what they do and in what order, how long their sessions last, what features they use) and then sending new users along the same route.

Viewing Your Retention in myTracker

In myTracker, you can drill the retention rate down to an hour, by tracking both app installs and attributions.

Since retention is very important, we offer you three ways to track it:

This way is the fastest. You can view the data on user activity directly from the app list. Apps → List → Dashboard → Retention. You will get a chart for the required period, broken down by days, weeks, or months, which can be downloaded in XML and CSV formats.

Convenient if you want to apply additional settings, filter data, or view several metrics in one window together with the retention rate. Go to Report constructor → Devices → Retention or Rolling retention. You can compare reports for different apps and export data to Excel if needed.

Reports → Templates → Retention. You will get a detailed table for a period of one to thirty days, providing data on how often users returned to the app and showing their level of interest in it.

Do you want to see if your app is doing a good job of retaining users? Create a free account with myTracker and make use of its free reports or build your own with the custom Report Builder! Learn how to use myTracker in 3 easy steps.