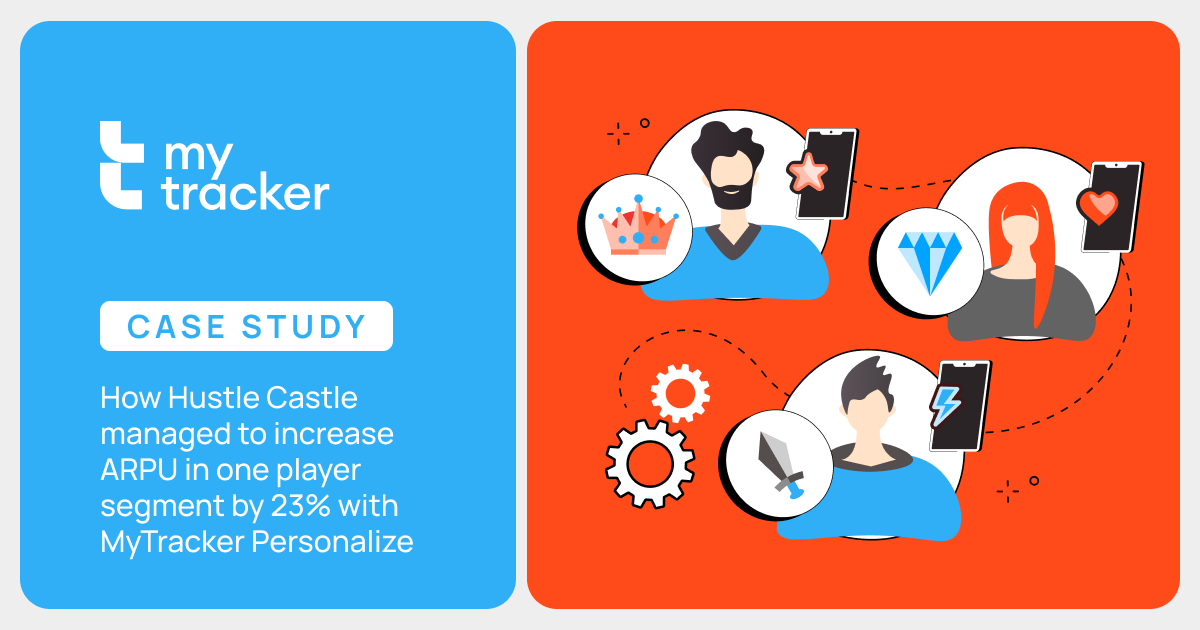 How do you find a balance between providing a positive user experience and increasing your app’s revenue?

That was the problem the Nord studio had before they came to MyTracker. Read on to find out how we helped them deal with it.

To convert non-paying players into customers to boost revenue from in-game purchases.

Our experiment focused on improving user experience with the first purchase via custom offers, which would help convert more non-paying players into customers.

How things worked prior to Personalize

If a player hadn't bought anything for 30 days after registration, they would receive a special offer once every two weeks, which they could accept or ignore. If they ignored it, they would receive an even better offer after 60 more days (a total of 90 days without a purchase).

A more detailed explanation of the way these offers were made is given below.

After completing the integration with the help of our personal manager, Hustle Castle’s mobile development team enabled tracking of the four standard events used for model training in MyTracker Personalize. Then they fetched player recommendations through our Realtime API and generated special offers with their own algorithms.

If you'd like to learn more about MyTracker Personalize and how to connect it, please see our blog post.

Automated A/B testing is an integral part of MyTracker Personalize. Split tests comprise several stages, and ours was no different.

Learn how to get accurate results with A/B testing from another blog post.

To measure the effectiveness of the test results, we used the following hypothesis:

Using the MyTracker Personalize recommendation engine can boost ARPU in a non-paying segment by 10–30% with personalized offers.

We chose ARPU – average revenue per user – as our key metric, as it fit the hypothesis best.

We split all non-paying users into two groups:

The control group continued to receive offers based on the same logic as before:

The recommendation group, on the other hand, was receiving 1 out of 100 offers agreed with the studio once every two weeks.

MyTracker Personalize automatically segmented users based on their gender, age, geography, device model, and other criteria and then selected the most fitting offer for each user within a subsegment.

Our ML recommendation model was learning throughout the test, each time showing groups of users offers that were based on their behavior.

The test lasted three months and gathered enough users to achieve statistical significance and confirm our hypothesis – Hustle Castle’s ARPU in the recommendation group grew by 23%.

Increase your mobile game’s revenue by 10–30% with personalized recommendations from MyTracker Personalize. Connect today and receive three months of service for free and configuration assistance.