Much like ad campaigns, pre-installs are a good way to tap into new audiences. You can arrange with a device manufacturer or a retailer for them to pre-install your app on their devices before they go on sale. MyTracker is here to help you gauge the effectiveness of that approach.

Some device manufacturers run app in a background mode (without the user interface) to test the pre-install. This muddies the data on user launches for MyTracker.

For installs to be counted only on the first launch by the user, additional logic needs to be implemented in the app: if the app is launched for the first time, do not initialize the MyTracker SDK until the graphical interface is loaded.

All done! As soon as customers launch your app, MyTracker will detect pre-installs and collect data for new audiences. You can view the stats in the Constructor, e.g. by manufacturers (Partners). Therefor Select from list → Dimensions → Traffic source → Campaign → Partner. 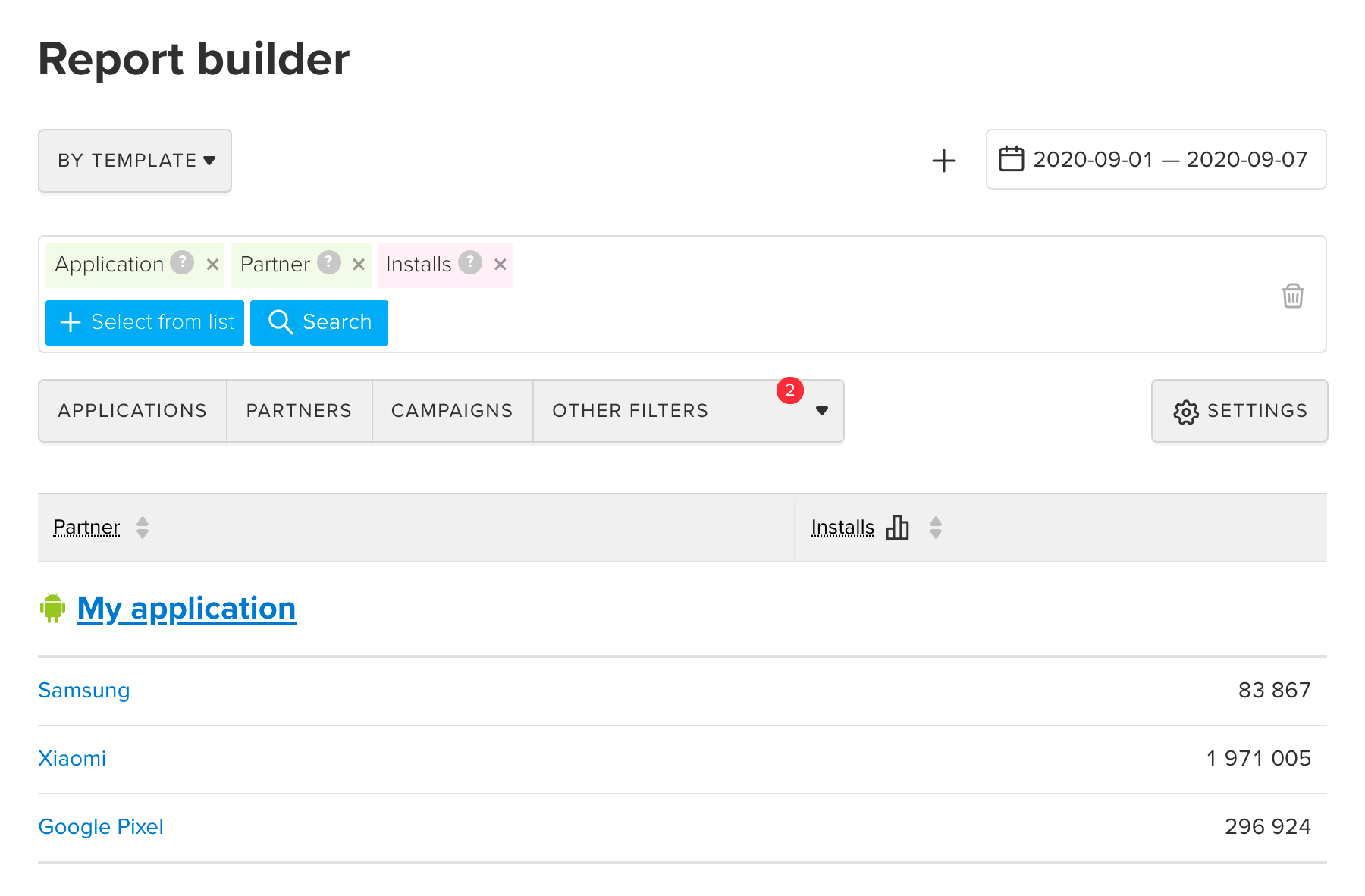 For more details on how to build a report, please see the Constructor section