Corrections can be an alternative or a complement to tariffs. They’re needed if for any reason the payments have changed (e.g. due to fines or partner bonuses) or it’s impossible to calculate the costs (a complex arrangement, fixed cost, etc.).

Corrections are tied to the application. The correction amount is evenly distributed over a set time period according to basic metrics (excluding social and demographic data, and geography). When building a report, the correction value is added to the campaign cost.

The correction sum will be divided approximately to equal parts by the hour in the specified date range. For example, in the figure below, the correction of USD 4 800 is divided by the 48 hours on 1-2 September. 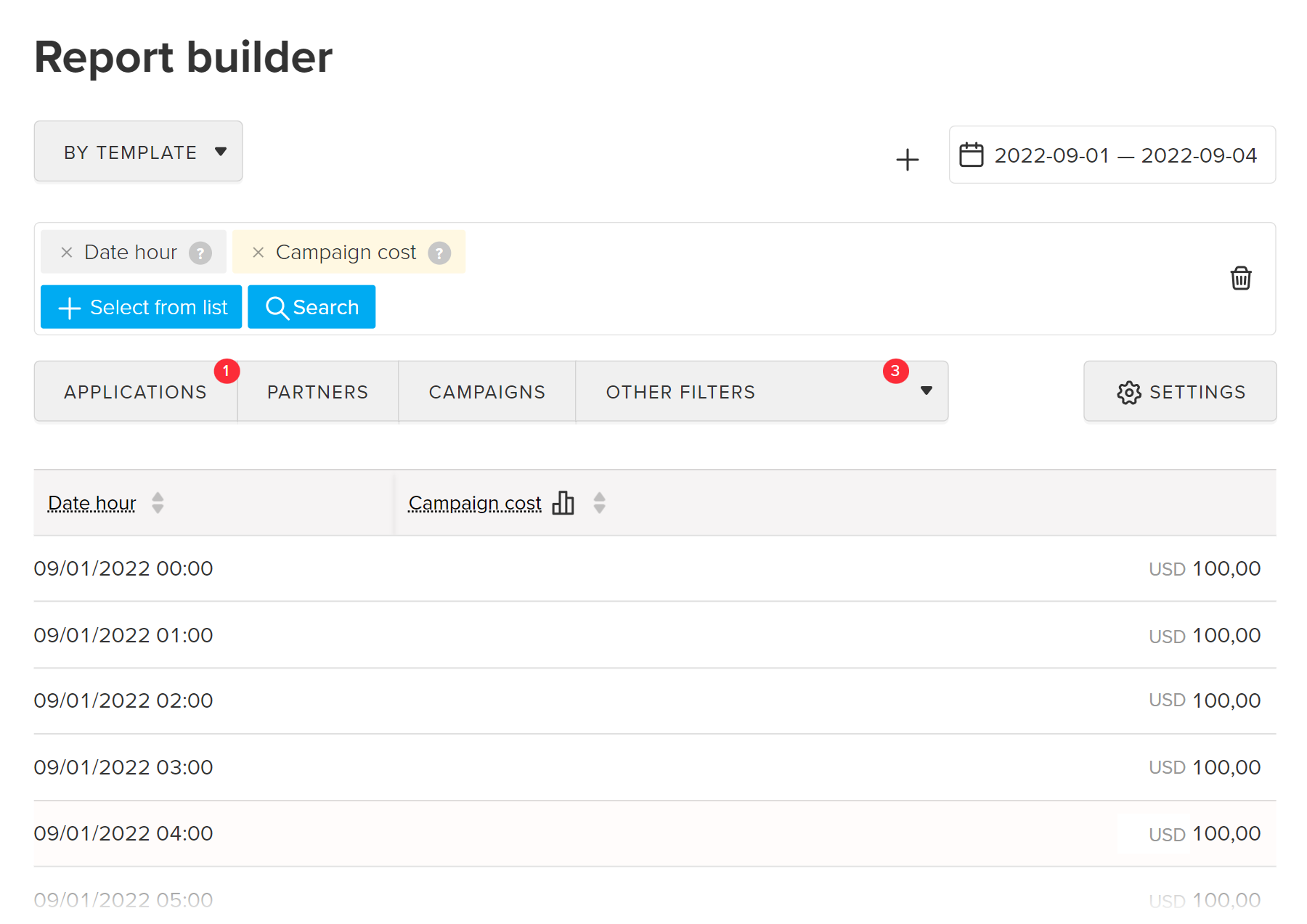 You can delete correction added by mistake or if the payments were canceled.

MyTracker does not remove the deleted correction from the interface but marks the correction sum with strikethrough as shown in the screenshot below — 1000.00.

MyTracker might delete the correction sum from a report with delay. If MyTracker still displays the deleted correction in a report, wait some time and build the report again.