According to Apple's policy, you can get the first ad data on iOS 14.5+ only with explicit user permission or using SKAdNetwork (SKAN)

To protect users' privacy, Apple sends SKAN postbacks with some delay, does not give any information about the install time and the device advertising ID. These restrictions prevent the ability to link traffic sources to user activity, assess incoming traffic, and determine the LTV of engaged users.

MyTracker allows you to build a forecast on SKAdNetwork data, to predict the LTV of the engaged iOS audience, and to evaluate the campaign success while maintaining user privacy.

The model analyzes the pattern of LTV distribution among ad campaigns, identifies probable organics, and builds an LTV forecast for SKAN conversions for 1 and 6 months ahead. You can view forecast by individual partners and ad campaigns, but deeper data detail (for example, by date and country) is not possible due to Apple's data tracking restrictions.

The prediction mechanism follows Apple's privacy policy. The model does not identify the device or the user and operates at the campaign level.

Note that Apple transmits SKAN conversions with some delay (at least 24 hours) and a conversion threshold of 128. And installs, which can also be necessary for prediction, can only be tracked with the user's explicit permission. For details, refer to the iOS & SKAdNetwork section

Due to Apple's iOS 14+ data tracking restrictions, detailed data by dates, countries, and other dimensions are impossible. For details, refer to the iOS & SKAdNetwork section.

Open this report in the Builder 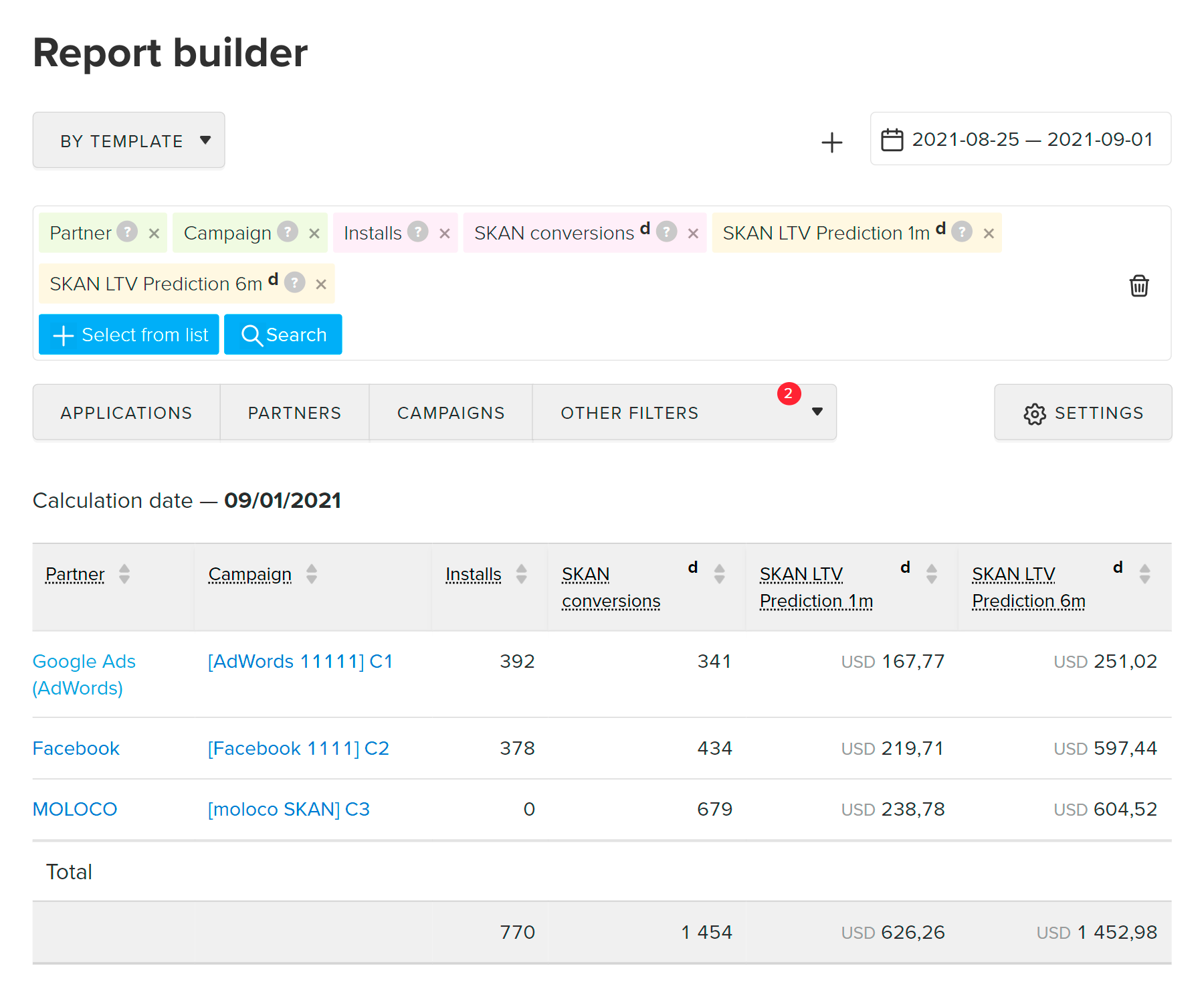 You can get reports with LTV forecast using Export API