MyTracker provides particular metrics and dimensions for analyzing SKAdNetwork data. The thing is, SKAN data does not contain information about the device, user, or time of attribution. Therefore, it cannot be linked in any way to MyTracker stats for standard ad campaigns, stats by users or devices.

To monitor easy and quickly incoming SKAdNetwork data, use the Dashboard. If you need more accurate and detailed report, go to the Builder.

Note that to keep user data private, Apple sends postbacks with some delay (at least 24 hours).

For each graph, you can configure the view of information display, date range by hours/days/weeks/months, and other special parameters.

You can download each graph the XLSX, PDF, PNG or SVG by clicking . If you want to analyse fraud in details, click to go to the Builder.

Analyze SKAdNetwork data with the Builder 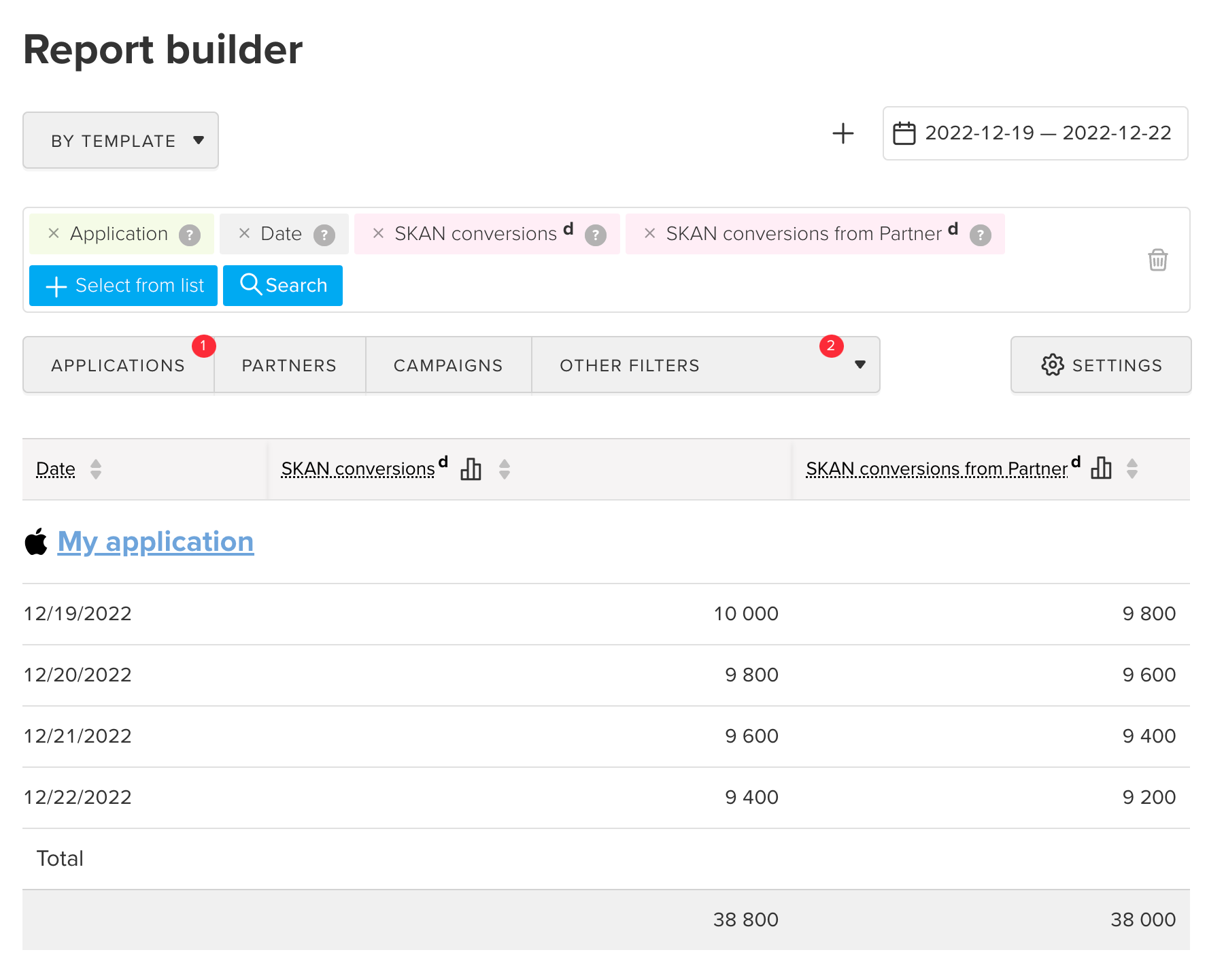 Review some dimensions and metrics in details.

For a full list of SKAdNetwork selectors, see the Reports section.

MyTracker can collect data from integrated SKAN partners and directly from Apple. This metric shows the number of conversions based on all collected data, excluding duplicates.

SKAN conversions can be viewed in dimensions: 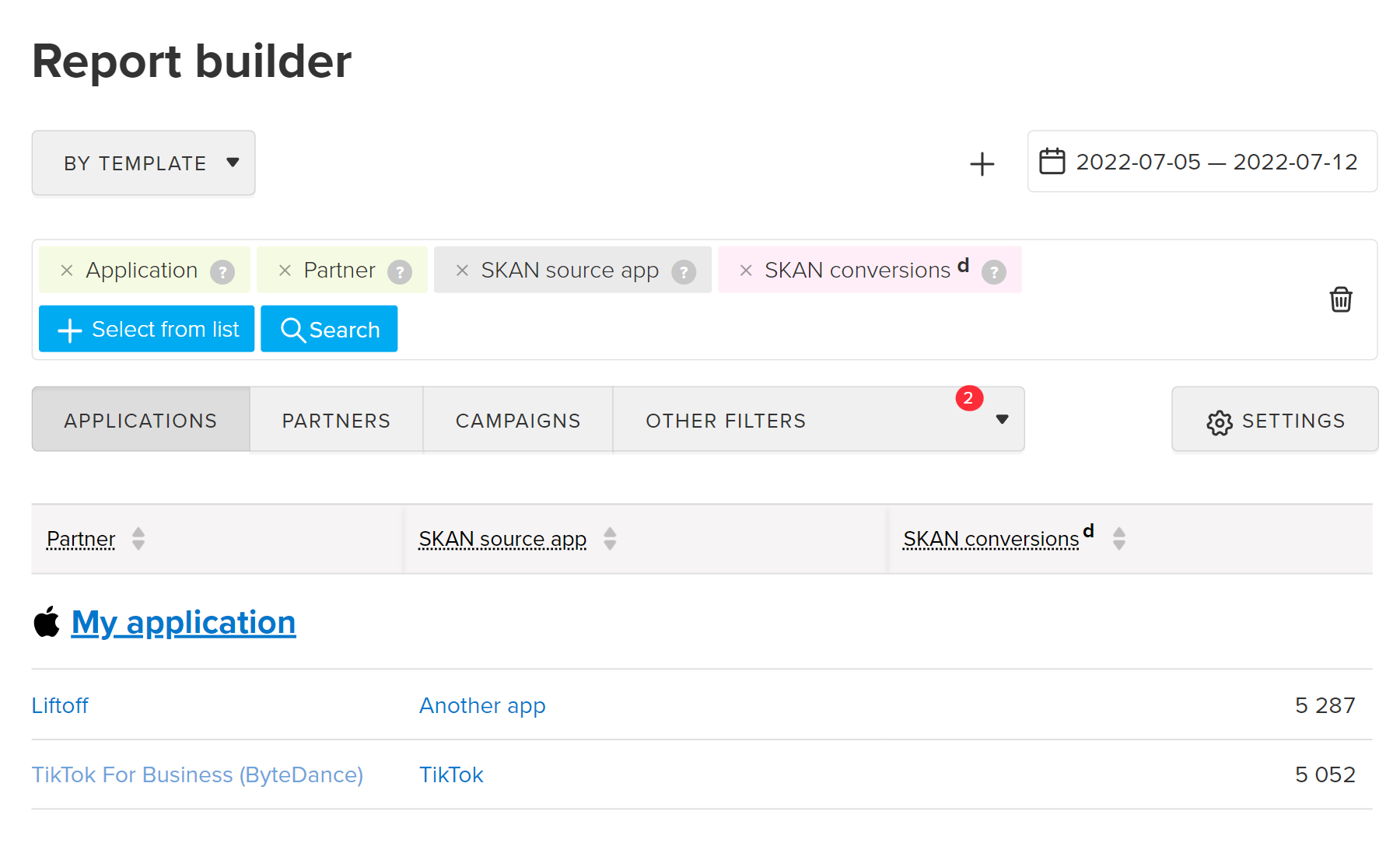 Note that SKAN conversions are not the complete analog of installs, because, for example, they can denote re-install. You can distinguish the first install from the re-install using the SKAN conversion type dimension.

SKAN conversions can indicate both the first and re-install. You can use the SKAN conversion type dimension to distinguish the new audience (first conversions) from re-engaged users (redownloads).

Also you can use the SKAN redownloads metric to see the number of redownload conversions.

Conversion Value (CV) is a number between 0 and 63, which indicates the quality of the SKAN conversion. For example, it could be the number of proceeds: CV=0 immediately after install, CV=1 if the user made a $1 payment, CV=2 for a $2 payment, and so on.

The Conversion value dimension determines the number of conversions with a particular value.

For details, refer to Selectors → SKAdNetwork and Conversion value sections

You can use ready-made templates to analyze SKAN data:

You can subscribe to the template and receive regular reports by mail.

For details, refer to the Templates section

You can use API to export SKAdNetwork data:

For details, refer to the Export API section