MyTracker provides the results of the funnel calculation as a chart, summary table, and status in the funnel list.

The calculation status and the final conversion are displayed in the funnel list. For example, in the figure below:

The status can include Draft. It is a link to the latest version of the calculation, which appears if you change funnel settings (period, steps, filters), start the calculation but do not save the changes.

Funnel conversion shows the share of users who have completed some actions in the app.

The conversion rate is displayed on the chart and in the MyTracker table at each funnel step as a percentage and as a number. The conversion in the first step is always 100%. With each subsequent step, MyTracker shows the percentage of the audience from that 100% who completed the subsequent action. 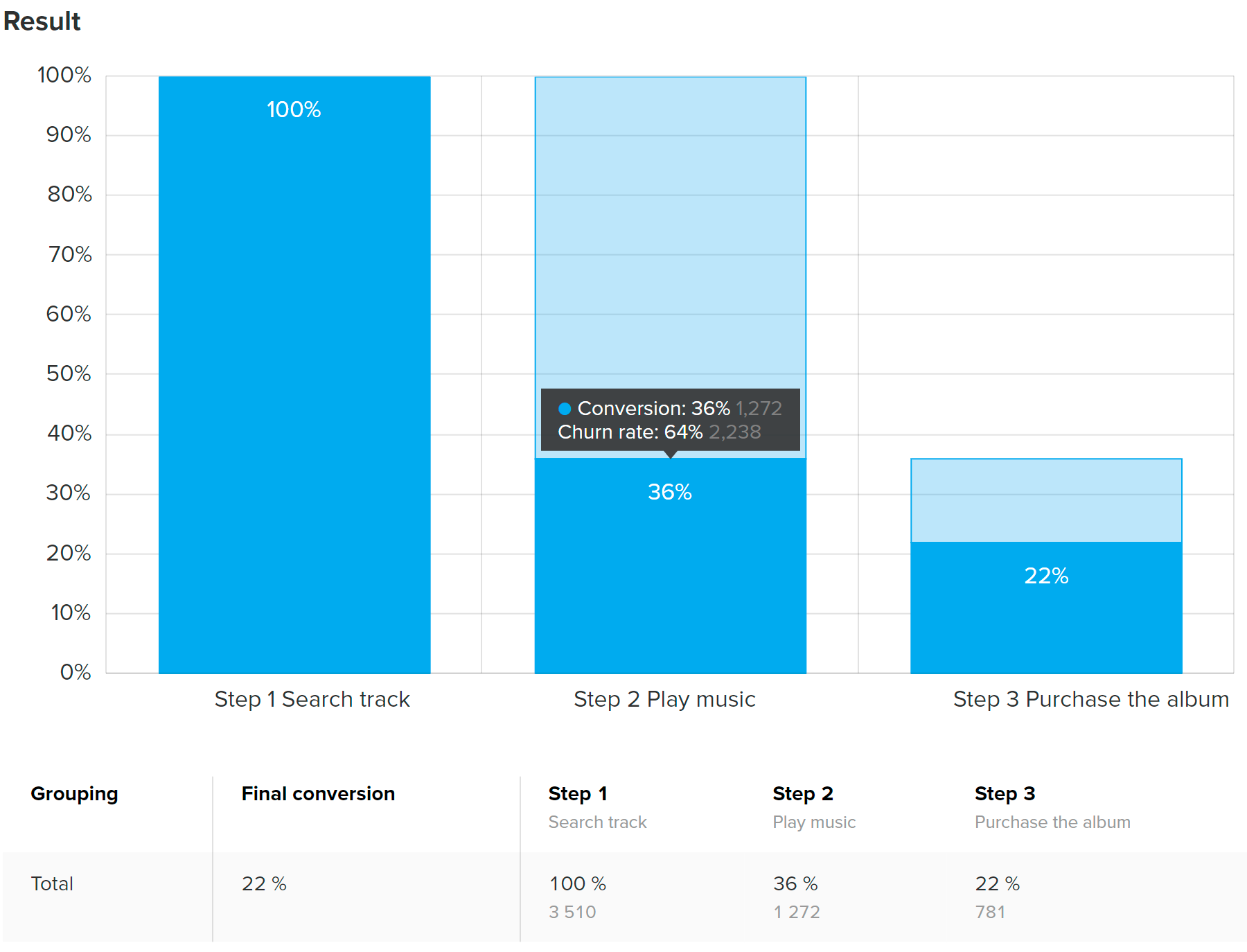 The data grouping allows you to compare conversions for different groups of users or by various traffic sources. For example, you can group data by apps on multiple platforms, by the gender of the audience, or by ad campaigns.

Each group is marked with a color on the diagram and highlighted in a separate row in the table.

Untracked values are assigned to the Unknown group. For example, due to user privacy settings, geo-blocking, and so on.

In the Total line of the table, you can see the final conversion for the whole funnel without groups.